July 1, 1863 - During the first day of the Battle of Gettysburg, the fighting moved to Seminary Ridge. The Lutheran Theological Seminary building played a role in the Battle and its aftermath. General Buford climbed a 20' ladder to observe the field from the Seminary's cupola. Afterwards, Buford spoke with General Reynolds 30 minutes before Reynolds death in Battle. 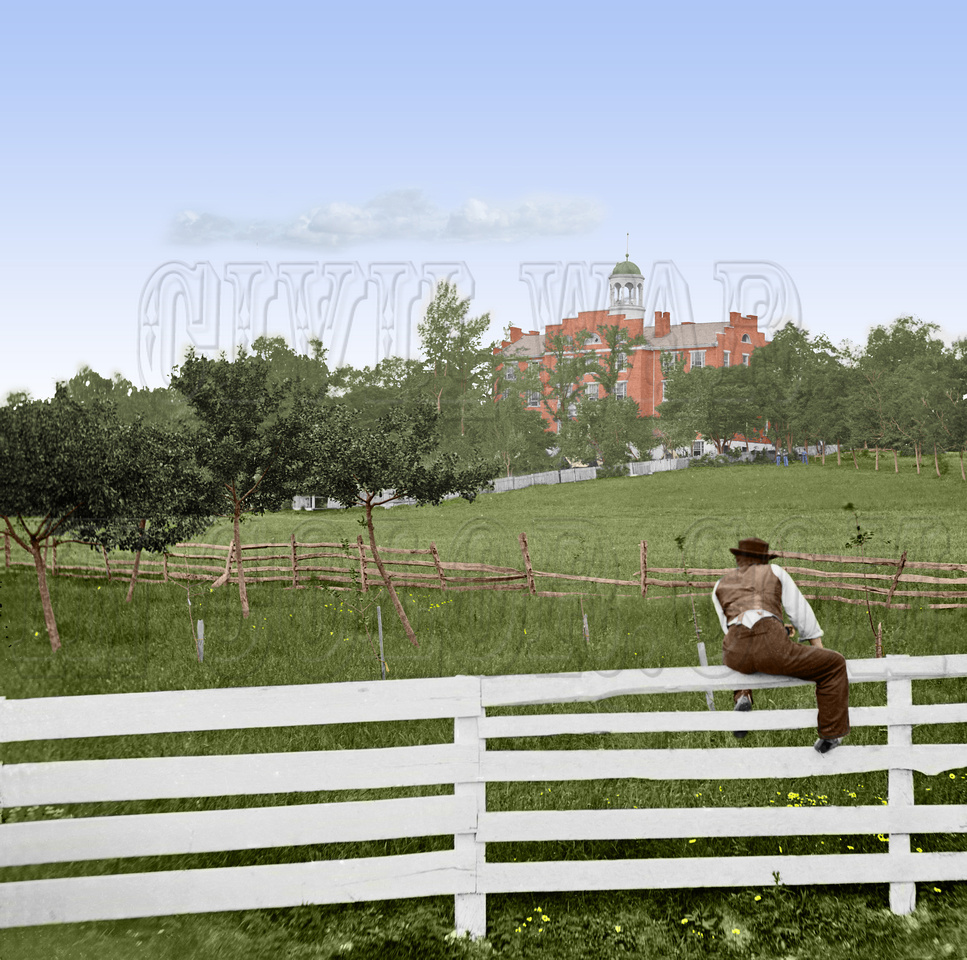 
Today, it is remembered as the namesake for Seminary Ridge, where some of the most intense fighting occurred on the first day of the Battle of Gettysburg. As the battle erupted in the West, Union General John Buford climbed a 20' ladder to reach the building’s cupola to observe the field. He was able to see the arrival of Major General John Reynolds from the south. Their last meeting was recorded by Buford's signal officer, Lt. Aaron B. Jerome.


Reynolds called out, "What goes, John?" Buford characteristically replied, "The Devil's to pay!" and pointed out the advancing Confederate infantry. Reynolds then asked whether Buford could hold, to which the cavalryman responded, "I reckon so." In less than 30 minutes, Reynolds will be killed during the Battle.


For several weeks, the Lutheran Theological Seminary, as well as the nearby homes of the professors, became field hospitals. Over 600 wounded soldiers from both sides were cared for in the building.


About two weeks after the Battle, this image was taken by Mathew Brady's personnel. The man on the fence is thought to be one of Brady’s assistants.


In 1914, the “Peace Portico” was added to the building’s west side as a memorial to the many wounded soldiers cared for in the Seminary. The building was saved from demolition during the 1950's. On July 1, 2013, The Gettysburg Seminary Ridge Museum opened in the building, 150 years after the Battle.