We are remembering the Battle of Hatchie's Bridge, Tennessee, on October 5, 1862. "After a few irregular volleys, they broke and ran a gauntlet of death trying to renegotiate the bridge", wrote one Union soldier describing the retreat.

After the Battle of Corinth, Confederate General Dorn's army had crossed the Hatchie River with stragglers still crossing when Union General Ord's forces caught up. During the confusion some men dived in the river to escape, abandoning artillery. Others charged back over the bridge to fight off the Union troops, creating a blockage on the bridge. Acting brigade commander, 24 year old Colonel Ross, gave the retreat order. Despite the confusion and carnage Ross' order saved most of his command and the bulk of Dorn's army was able to evade capture. This action led directly to Ross’s promotion to Brigadier General. 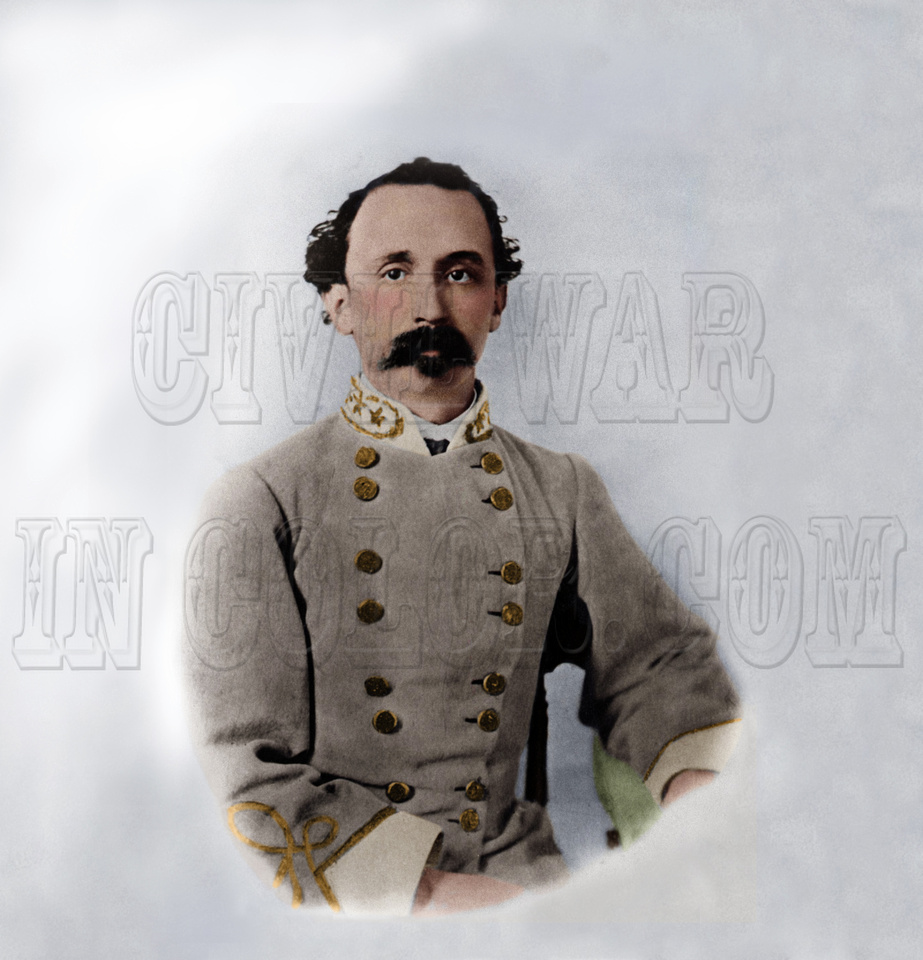 11004 - General Lawrence Sullivan RossDuring his service in the war, General Lawrence Sullivan "Sul" Ross took part in 135 battles and engagements and had 5 horses shot under him. First as major and then as colonel of his regiment, Ross took part in numerous western campaigns, including those of Pea Ridge, Corinth, and Van Dorn’s Tennessee. He was promoted to Brigadier General in December 1863 and commanded the Texas Cavalry Brigade.


Ross, unlike other Civil War Generals, had not attended West Point. He graduated from Wesleyan University but spent the summer of his junior year with the United States Army fighting the Comanche. In December 1860, he took part in the Battle of Pease River, in which Cynthia Ann Parker, who had been kidnapped as a child, was recovered. This exploit won the praise of the regular army officers for his skill and courage and popularity in the state of Texas.


Ross was a consistently effective General. For example, the Battle of Nashville was fought in bitter cold on Dec. 15-16, 1864. Ross was at Murfreesboro when General George Thomas attacked Hood’s Army of Tennessee. Ross’s Texans captured a Federal supply train, took 150 prisoners, then set the boxcars on fire after removing much needed sugar, coffee, hardtack, clothing plus other badly needed supplies. Hood was soundly defeated and retreated. Ross provided the retreating Army of Tennessee with a rear guard.


After the war Ross took up farming, was elected Governor twice and served as the President of Texas A&M. Within weeks of Ross's death in 1898, former cadets at Texas AMC began gathering funds for a statue.


In more recent years, students began the tradition of placing pennies at the feet of statue before exams for good luck. School legend states that Ross would often tutor students, and as payment would accept only a penny for their thoughts. At exam time, his statue, located in Academic Plaza, is often covered in pennies.