We are remembering the Battle of Antietam, on September 17th, 1862. Whereas, studies show that commuters using the 5 Freeway in California have the worst commute to work, it can be argued that General Ambrose Burnside had it worse. His orders were to cross the river and fight Lee's men. Burnside led his men to what is today known as "Burnsides' Bridge". On the opposite side of the river the Confederates waited on a bluff 100 feet high overlooking the bridge. The road leading to the bridge was parallel to the river and allowed the Confederates to begin targeting the Union troops.

It took repeated assaults for Burnside’s men to capture the bridge. The Union troops suffered more than 500 casualties compared to less than 160 Confederates. The Confederates were so well fortified that they were only driven off by running out of ammunition. Once the bridge was captured it presented its own set of problems. At only 12 feet wide it was a bottleneck for thousands of troops trying to cross and greatly slowed the army. Afterwards, Burnside had to replenish his ammunition before getting to his job site - the battlefield. 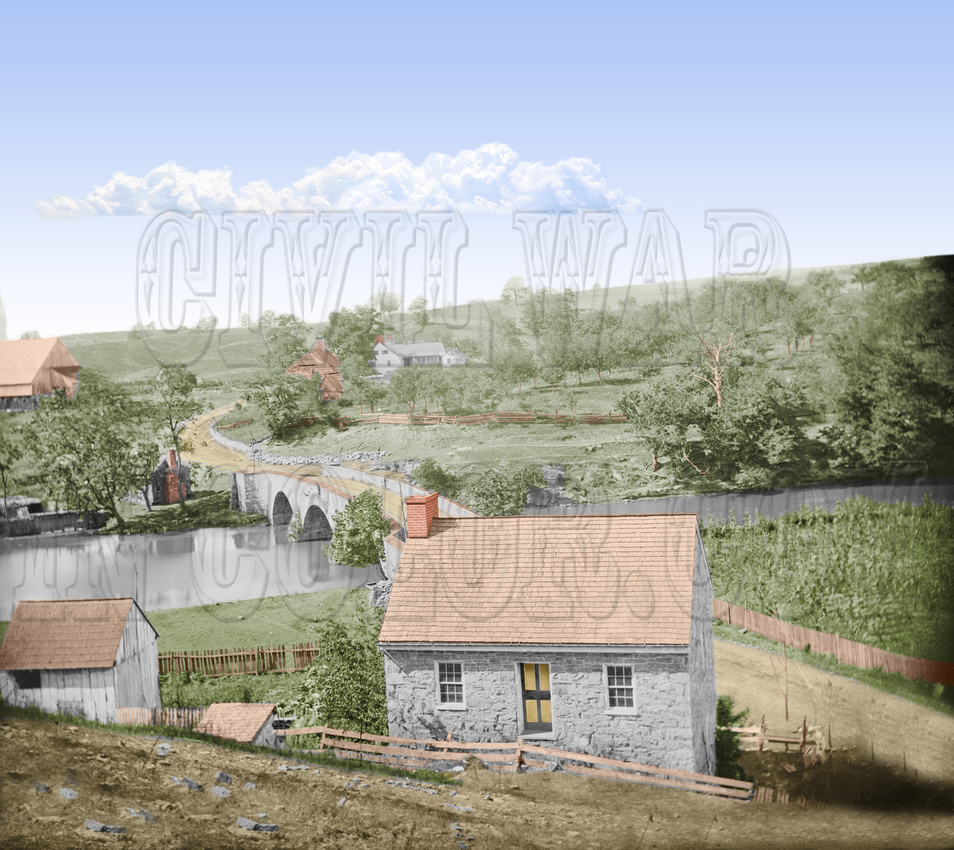 
In this image, Alexander Gardner captures the Newcomer Farm and Mill along with the Middle Bridge. As a result of the Battle of Antietam:


· Newcomer was unable to financially recover from the damage to his property, which he sold.

· McClellan lost his job commanding the Army of the Potomac.


· The Union lost the best opportunity to defeat General Lee until Appomattox.

· General Lee lost the offensive into the North.


· Over 22,000 Americans lost their lives, were wounded or missing after the bloodiest single-day battle in American history.