We are remembering the October 1, 1864 drowning death of Confederate spy and unofficial diplomat, Rose Greenhow. When asked about this unusual appointment, civil war historian James McPherson replied, "Not only would Davis not have worried about sending a woman to Europe on a diplomatic mission, Davis would have been convinced that this particular woman was the best person for the job because her imprisonment in a Union 'Bastille' had evoked indignation and sympathy abroad, especially among the upper classes in Britain and France , where it was seen as an example of Yankee oppression and vulgarity. Sending Greenhow was a stroke of genius by Davis." 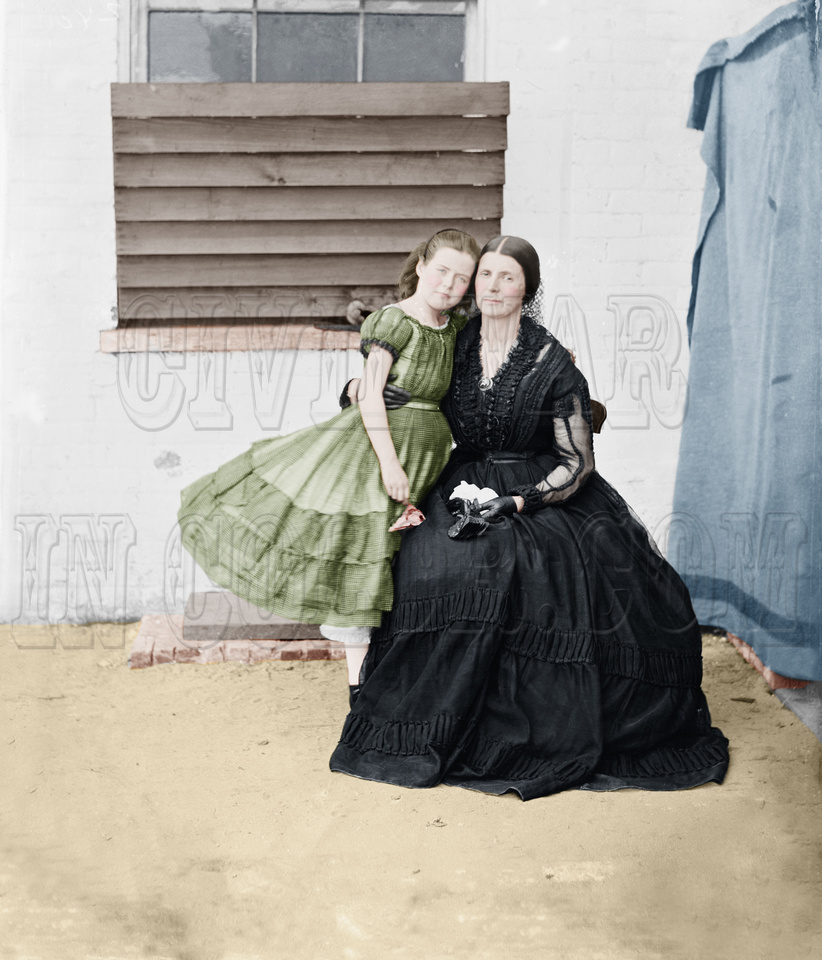 Rose O'Neal Greenhow - Confederate Spy, with Daughter 'Little Rose', at the Old Capitol Prison, Washington, D.C., 1862 -04849Rose O'Neale Greenhow - leader of Washington Society, passionate secessionist and renowned Confederate spy. Her secret messages to General Beauregard was the basis of his victory at the 1st Battle of Bull Run. Beauregard used the information to send for General Joseph E. Johnston's army guarding the Shenandoah Valley sixty miles away. Johnston loaded his army onto trains, marking the first use of trains to rush troops to a battlefield during the Civil War, to support Beauregard. As the result, General McDowell had two armies to face at Manassas and lost.


After a year abroad, Greenhow boarded the Condor, a British blockade runner to return home. It was run aground by a US gunboat. Greenhow, fearing a return to prison, fled in a rowboat which capsized. She was drowned by the weight of gold from the royalties for her book. To honor her, the Confederacy gave her a military funeral in Wilmington, North Carolina. The Ladies Memorial Association, in 1888, marked her grave with a cross that read "Mrs. Rose O'Neal Greenhow. A Bearer of Dispatches to the Confederate Government."