We are remembering the August 25, 1864, Second Battle of Ream's Station, fought as part of the Siege of Petersburg. "I do not care to die, but I pray God I may never leave the field." Winfield Scott Hancock, during the Battle of Reams's Station, the "blackest of all days" in the history of II Corps.

Facing disaster at Reams's Station, Hancock ignored personal safety. "Hancock had his bridle-rein cut by a bullet," wrote a soldier, "but was continuing galloping along the front urging the stragglers to resume their places in the lines and do their duty."

Suddenly his horse dropped under him. Hancock left the animal for dead, but a few minutes later it clambered to its feet, unharmed by a glancing blow to the spine that had temporarily paralyzed it. Hancock remounted and continued the fight. "We can beat them yet" he bellowed. "Don't leave me, for God's sake!"

Despite Hancock's best efforts his men deserted their entrenchments and fell back. Hancock gave the order to pull out after dark. The II Corps lost 12 battle flags, 9 guns and had 2,747 causalities.

Although the Confederates won a victory, Grant was satisfied that eight miles of Weldon Railroad track had been destroyed before the attack. The ability to get supplies to Petersburg were being weakened. Lee's lines were being stretched even thinner. The Siege of Petersburg would continue until March 25, 1865. 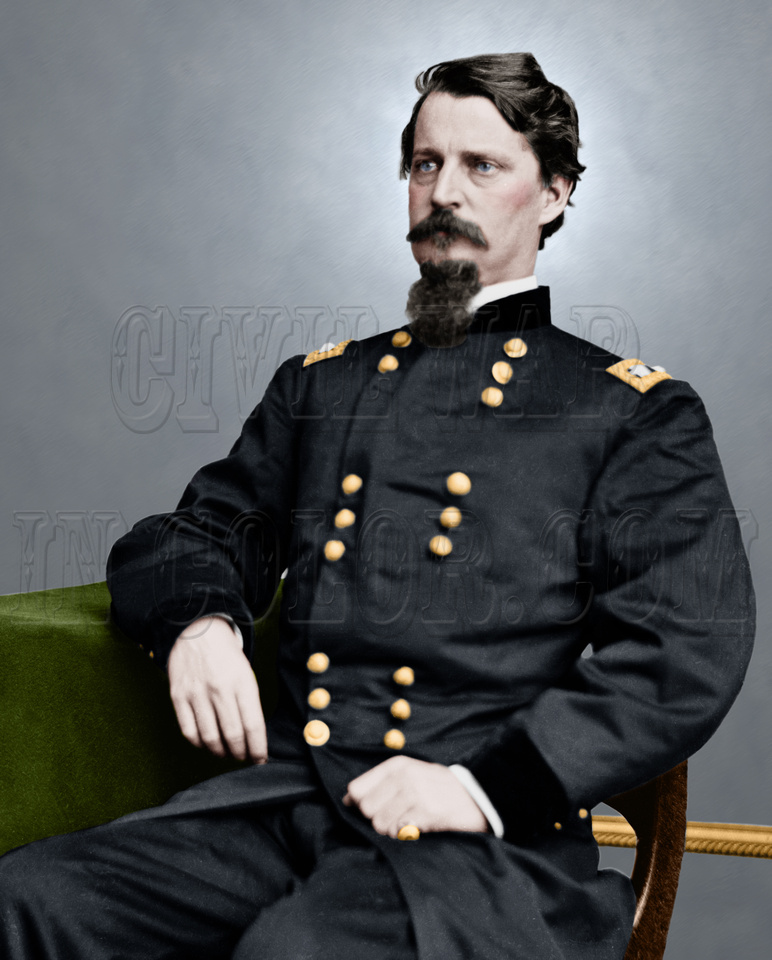 05828 - Maj. Gen. Winfield S. Hancock; Hancock the Superb [LC-DIG-cwpb-05828]“Hancock was superb today", General McClellan, in a telegraph sent to Washington during the Peninsula Campaign in 1862. From that point “Hancock the Superb” was born. Sadly, while Hancock may have been superb, McClellan did not take advantage of the opportunity that Hancock had given him and lost an opportunity to have a major victory early in the war.


As the Commander of II Corps, Hancock's men became known as "Hancock's Cavalry"; they stopped marching only while the staff officers got fresh horses.

At Gettysburg, on July 3rd, Hancock was on the receiving end of Pickett’s Charge. Hancock rode his horse along the line to ensure that his men knew he was there and provide moral support. When one of his officers tried to persuade him to move to the rear Hancock replied "There are times when a corps commander's life does not count." Shortly after he was wounded when a round struck his saddle and pierced his thigh. For his gallantry and bravery he was awarded the “Thanks of Congress”. While he continued to command troops, the effect of this wound affected him the rest of the war.