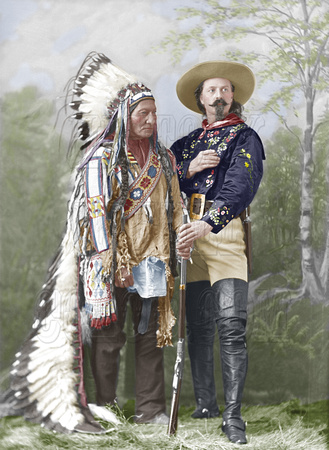 Famed Lakota Chief Sitting Bull joined Buffalo Bill's Wild West Show in 1885. Unlike the other Indian performers, Sitting Bull did not appear in re-enactments of battles. Presented as a great leader of the Lakota, he would ride slowly and in a dignified manner around the arena.

Sitting Bull appeared with the Wild West for four months but the show capitalized on that brief appearance for the next three decades. Cody wrote of Sitting Bull. "In War my bitter opponent, in Peace he won my friendship and sympathy."
© History In Full Color
User Agreement
Cancel
Continue