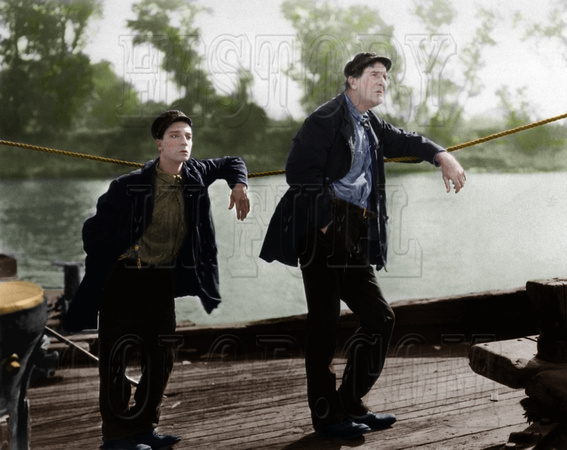 The silent film Steamboat Bill Jr. is best known for what is considered Buster Keaton’s most famous stunt: The facade of an entire house falls on top of him while he stands in the perfect spot to pass through the open attic window instead of being flattened.

Keaton stars as an effete college student returning home to work for his burly father, captain of a rundown paddle steamer. To add to the tension, Bill Jr. falls in love with the daughter of his father’s rival. Keaton turns the situation around by saving the lives of his girlfriend and both fathers during a massive storm.

Buster Keaton began his film career at the age of 22 in 1917. The silent film star managed the transition to both talkies and television. His last film appearance was in 1966, the year he died at the age of 70.
© History In Full Color
User Agreement
Cancel
Continue