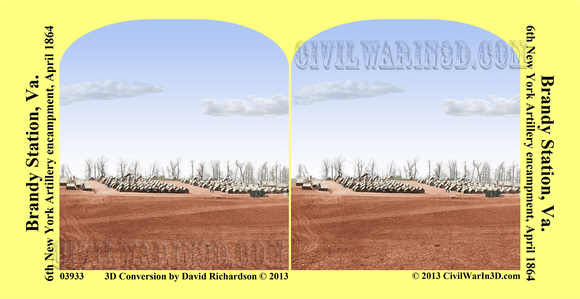 For the most part the winter was a time for both sides to have a brief respite from battle. Often semi-permanent shelters were built that allowed the men to live in relative peace and security until fighting resumed in the spring.

During most of the year the men were given food rations raw and were expected to cook for themselves. During the winter it was possible to build cookhouses and offer the men a better quality meal. This also allowed for better hygiene and fewer diseases.

Both officers and enlisted men had cabins built for winter. Enlisted cabins usually housed four or more men and comprised a dirt floor and a canvas top. Two bunks inside required the four men to share with a bunk mate. This additional body heat made sleeping more comfortable as the two would often share blankets as well. Additional heat was provided by a fireplace made of stone or brick that was often topped by barrels to provide additional height for the chimney. Much of the furniture inside was built by the soldiers themselves and was often made from discarded boxes or crafted from local timber.

Officer’s cabins had additional elements for comfort. Officers generally had their own cabin, or perhaps one roommate. Wooden floors replaced the dirt floors of the enlisted cabins and the canvas roof gave way to wood shingles. A real bed instead of a bunk, gas lamps instead of candles and sometimes a front porch. Handmade furniture was replaced by ones crafted by carpenters.

Regardless of officer or enlisted, the quality of life in a winter camp was significantly better than it was during the campaigns that followed the rest of the year.

Note: only one side of this stereoview exists. 3D conversion was performed manually resulting in superior stereo view.
© History In Full Color
User Agreement
Cancel
Continue