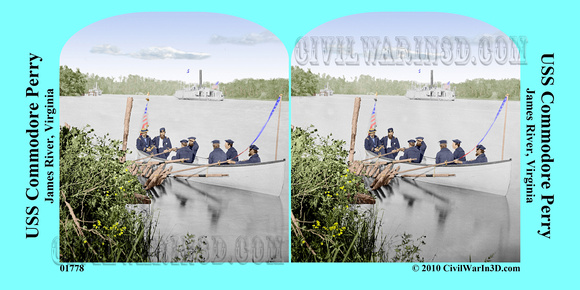 "... This Government will deal out to the prisoners held by it the same treatment and the same fate as shall be experienced by those captured on the Savannah." C.S.A. Pres Jefferson Davis in message to US Pres Lincoln

The captain and crew of the Savannah were on trial for piracy. The punishment for piracy - death by hanging.

On June 3, 1861, as part of the Atlantic Blockading Squadron, the USS Perry was the first federal ship to capture a rebel privateer - the Savannah. The schooner carried a single pivot gun dating from the War of 1812 and a letter of marque (license to capture and sell for profit the cargo of Union ships) from the Confederate government.

Earlier that very day, the Savannah set out to sea and captured the brig Joseph out of Rockport, Maine, carrying West Indian sugar bound for Philadelphia. A prize crew was put on board and she was sent to Georgetown, South Carolina, where it was determined she was a lawful prize.

While celebrating an easy victory, a sail was spotted in the distance. The Savannah sprang into action. While closing in on her quarry, the crew realized the brig was the USS Perry and desperately tried to escape. The USS Perry went into pursuit and fired her guns. Caught, the Savannah lowered her colors to surrender. To their surprise, the captain and crew were clapped in irons and treated like pirates.

In Richmond, Davis learned about the trial from the newspapers. Appalled that the men were not treated as Prisoners of War, Davis sent his message to Lincoln. Thirteen of the highest ranking federal officers were chosen by lot to be executed if the seamen in New York suffered that fate.

After considering the matter, federal officials decided to take Davis seriously. From that point, all captured privateers were treated as Prisoners of War. The episode was considered a victory for Davis. Frustrated by the rise in maritime insurance and cargo loss, only a few in the North praised Lincoln for acting humanely.
© History In Full Color
User Agreement
Cancel
Continue