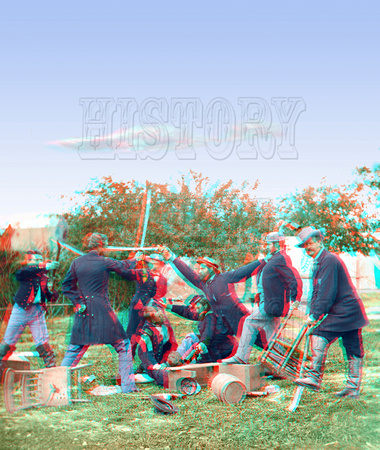 
A casual glance at this image and you would think that the photographer had arrived at just the right moment for a candid photo. During the Civil War though, it was not possible to take candid photos and elaborate preparation would have been involved. If you look closely, each man is carefully braced against either an object or another man. In reality this was the Army having fun away from the battle. The lighter more humorous side of life, that we seldom see in other pictures, reminds us that there were opportunities to relax and amuse ones' self.
© History In Full Color
User Agreement
Cancel
Continue