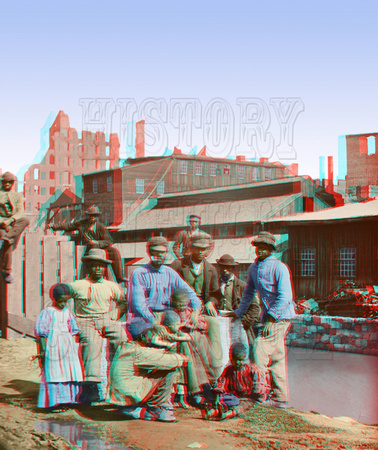 
After the proclamation went into effect in January 1863, life for many of the former slaves did not get any better. The army placed them in relocation camps that were not any better than stockades. Now homeless and without any other resources, they survived on near starvation rations provided by the army. Some chose to return to their former masters rather than face the disease ridden conditions of the camps. Others were leased out to farmers that sympathized with the Union, joined the army or followed it for the rest of the war.


The “Freedmen’s Bureau” was established to help improve the situation. They served to arbitrate wages between former slaves and former slave owners. They also helped to clothe, feed and educate the freedmen. Allocations for funding came from the Army’s budget and priority for this Bureau was low. Following the war, slavery was officially abolished with the passage of the 13th amendment in December 1865.
© History In Full Color
User Agreement
Cancel
Continue