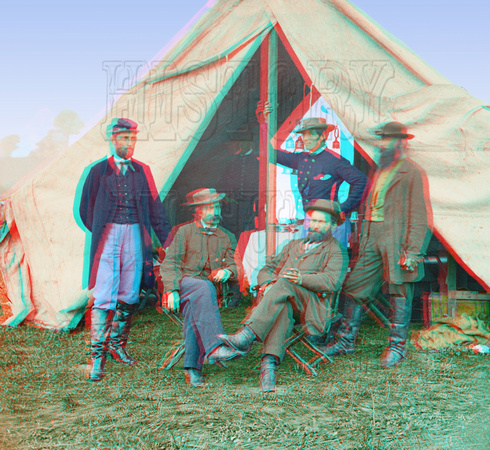 
Today we think of the Secret Service as the protector of the President (and our national currency). However, its predecessor did not have duties in these areas but was primarily an intelligence service. Allan Pinkerton began his “Pinkerton National Detective Agency” in Chicago in 1850. His agency was the first to introduce the use of detailed descriptions and photographs of criminals. Hired by Lincoln to protect him while travelling to Washington for the inauguration, Pinkerton managed to help Lincoln escape an assassination attempt in Baltimore.


With connections to both Lincoln and McClellan, his organization was quickly hired by the Army to form the “Union Intelligence Service”. Pinkerton travelled with McClellan and provided scouting reports of enemy activities that included troop size and movement. Working undercover as Confederate soldiers, his agents would infiltrate enemy lines to obtain intelligence and then report back to the Union commanders. Pinkerton himself went undercover on numerous occasions as “Major E.J. Allen”.


The end of Pinkerton’s active work during the war ended when McClellan was relieved of command in 1862. Pinkerton continued to run the detective agency following the war. At one time he had more agents then the entire U.S. Army, causing some concern that the Agency may be hired as a private militia. Pinkerton died in 1884. Rumor has it that he fell and bit his tongue resulting in gangrene that killed him. Other reports are tamer; including malaria or even a stroke. The agency he founded continues today as “Pinkerton Consulting and Investigations”.
© History In Full Color
User Agreement
Cancel
Continue