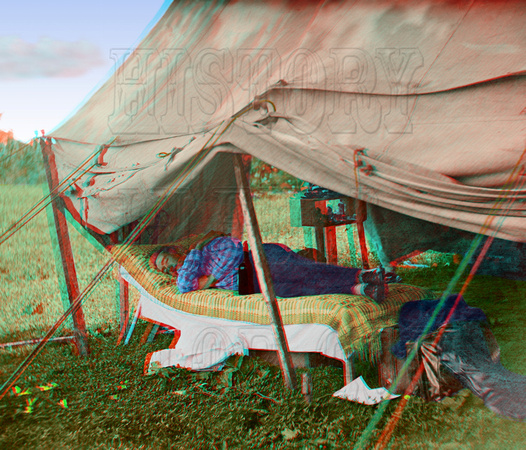 
It is easy to forget sometimes that the soldiers that fought the Civil War were people like you and me. While the war lasted four years, the fighting did not. Just as now, people must eat, sleep and live their life. Here we see Colonel Owens napping between actions sometime in August of 1862. He had only been in the Army for a year when this image was taken. A tailor prior to the war he enlisted at the age of 35 and was made a Lieutenant Colonel of the 3rd Pennsylvania Cavalry. Due to the absence of the commanding Colonel (malaria) Owens was in command of the unit almost the entire time. The month following this image he led his command at Antietam, the following month he resigned his commission and disappeared into history.
© History In Full Color
User Agreement
Cancel
Continue