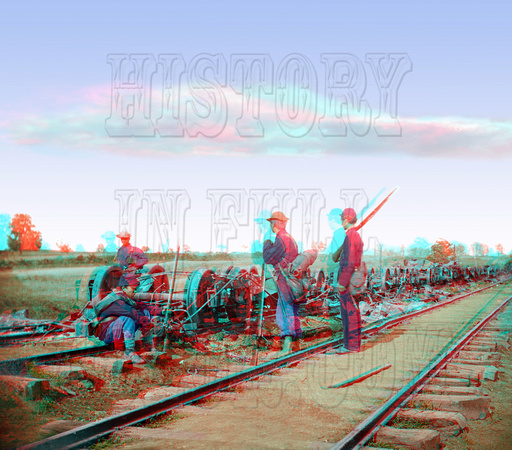 
The Orange and Alexandria (O&A) Railroad (pictured here) was a rail line that ran from Alexandria, Virginia (bordering Washington DC) to Gordonsville, VA (in Orange county). There it connected with the Virginia Central Railroad and continued to Richmond. This made it the only railroad to connect the Union Capitol, in Washington to the Confederate Capitol, in Richmond. Neither side lost sight of the possibility to travel in less than eight hours, what previously had taken three days. More battles were fought over this piece of track than any other.


Both 1st and 2nd Manassas (1st and 2nd Battle of Bull Run) were fought over this piece of track. Manassas Gap Railroad connected with the O&A and established a railroad junction in what is today, Manassas. The first Battle of Bull Run (1st Manassas) pitted General Johnston and Beauregard against General McDowell. With the war only being a few months old, the South was better prepared and fighting on home territory. Thirteen months later (when this picture was taken) Robert E. Lee took on General Pope. Again the South prevailed.


With repeated attacks on this section of the O&A, when the war was over much of the railroad had been destroyed and money wasn’t available for repair. Merging first with the Manassas Gap Railroad, the O&A continued merging and consolidating over the years into what is known today as the Norfolk Southern (NS) system. Portions of the old O&A tracks are used today by Amtrak, as well as other commuter service along the line.
© History In Full Color
User Agreement
Cancel
Continue