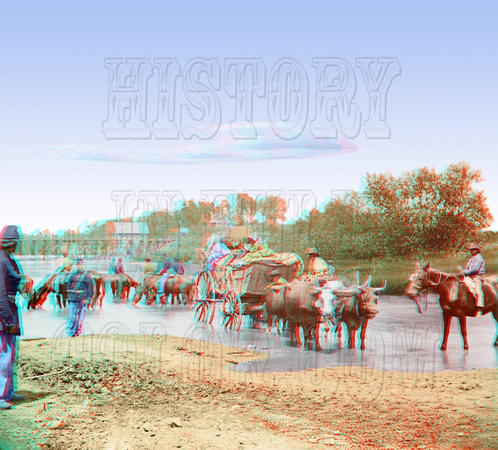 
At the start of the war Virginia seceded from the Union. However, some of the areas closest to Washington D.C. were immediately recaptured. This meant that for nearly the entire war Virginia was spilt between what was controlled by the Confederates in the South and the Union in the North. For most of that time the Rappahannock was the dividing line between the two.

At 195 miles long, the river cuts the northern part of the state in two and drains an area that is 6% of the entire state of Virginia. Due to its immense size and few crossing opportunities, it became a defensive barrier for the South and an impediment to the North. For this reason, escaping slaves used the river as the dividing line on the road to freedom. The river continued to be a challenge for the North until 1864, when Grant finally circumvented the river during the Overland (or Wilderness) Campaign.
© History In Full Color
User Agreement
Cancel
Continue