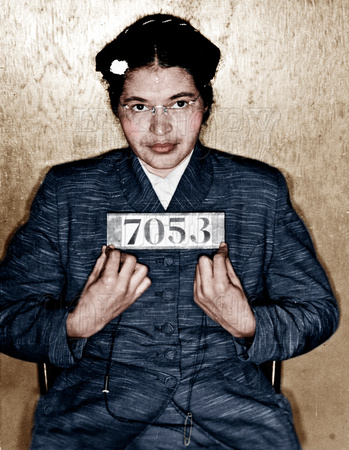 “People always say that I didn’t give up my seat because I was tired, but that isn’t true. I was not tired physically, or no more tired than I usually was at the end of a working day. I was not old, although some people have an image of me as being old then. I was forty-two. No, the only tired I was, was tired of giving in.” Rosa Parks

On December 1, 1955, Rosa Parks refused to give up her seat on a Montgomery, Alabama bus. What started as an impromptu act of civil disobedience grew into the Montgomery Bus Boycott. Parks later recalled her actions:

“I did not want to be mistreated, I did not want to be deprived of a seat that I had paid for. It was just time… there was opportunity for me to take a stand to express the way I felt about being treated in that manner. I had not planned to get arrested. I had plenty to do without having to end up in jail. But when I had to face that decision, I didn’t hesitate to do so because I felt that we had endured that too long. The more we gave in, the more we complied with that kind of treatment, the more oppressive it became.”

In response to Parks' arrest, the local African-American community organized a boycott of the bus system for the day of her trial. On December 5, Parks was found guilty of violating segregation laws, given a suspended sentence and fined $10 plus $4 in court costs.

What started as a one day boycott grew bigger. For 381 days, 40,000 African-American commuters walked or found alternate means of transportation before segregation on public busses was lifted
© History In Full Color
User Agreement
Cancel
Continue