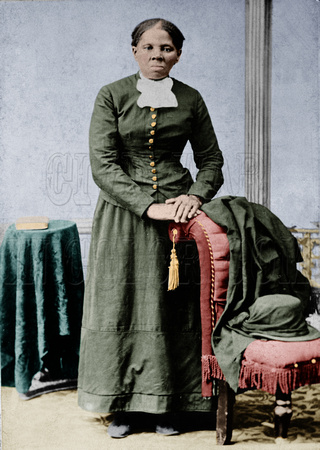 "I was conductor of the Underground Railroad for eight years, and I can say what most conductors can't say – I never ran my train off the track and I never lost a passenger." Harriet Tubman

“She will probably be burned alive whenever she is caught, which she probably will be, first or last, as she is going again.” Thomas Higginson, abolitionist

Born a slave, Harriet Tubman is best known for leading at least 12 missions rescuing slaves via the Underground Railway. However, she was also an abolitionist, the first woman to lead a military assault as part of the Combahee River Expedition during the Civil War, worked for women's suffrage, and was a humanitarian.

During the war, Tubman wore multiple hats to aid the Union. She cooked and nursed the wounded. She worked with Col Robert Shaw at the assault on Fort Wagner, reportedly serving him his last meal. She also gathered intelligence. On Feb. 19, 1863, the Union general David Hunter –gave her something remarkable for a civilian:

"Pass the Bearer, Harriet Tubman, to Beaufort and back to this place, and wherever she wishes to go, and give her free passage at all times.”

“She has made it a business to see all contrabands escaping from the rebels, and is able to get more intelligence than anybody else. There would be slaves coming out, this guy coming from Newport, that guy coming from Heyward [Plantation], taking maybe a couple weeks to get to the lines, hiding in the swamps taking their chances, moving at night. ...The others would talk to them, and say, you need to go see Miss Harriet. She’ll give you money for good information. So they would tell her – there are 350 slaves at Newport, there are 538 slaves at Heyward, if you land here and here you can take them off.” said Lt. Garrison

The intelligence she gathered enabled the Union to map the coastal terrain and capture Jacksonville, Florida. Tubman was on the Union gunboats during the Combahee River Expedition which she planned, recruited the scouts and liberated over 700 slaves.

"I suffered enough to believe it." Tubman, after the war worked for women's suffrage alongside Susan B. Anthony and Emily Howland. She traveled to New York, Boston and Washington D.C. to speak about the sacrifices of countless women throughout modern history as evidence of women's equality to men.

After the war, Tubman at her home in Auburn, New York, would work to help her family and those in need. She donated land for a home for "aged and indigent colored people." By 1911, Tubman, "ill and penniless" entered the rest home she had founded. In 1913, she died of pneumonia surrounded by friends and family members.
© History In Full Color
User Agreement
Cancel
Continue