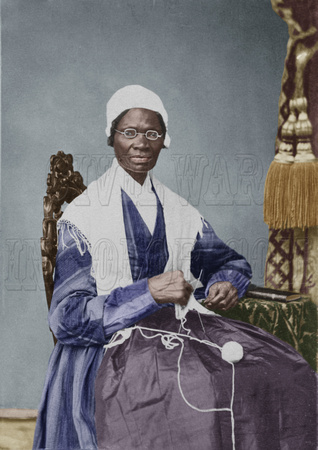 “I do not recollect ever to have been conversant with any one who had more of that silent and subtle power which we call personal presence than this woman.” – Harriet Beecher Stowe

Sojourner Truth could galvanize an audience. During a speech at a crowded public meeting in Faneuil Hall, Fredrick Douglas had been describing how the black race had been wronged. He concluded that the only hope to achieve justice from the white race was to shed blood.

Truth, sitting in the front row, projected her voice throughout the meeting hall, "Frederick, is God dead!" The mood of the entire audience was transformed in a flash.

In 1843, Isabella Baumfree would rename herself Sojourner Truth, signaling the start of her work as an activist for abolition and women’s rights. The former escaped slave may not have been able to read or write but her words electrified her listeners and were spread by the newspapers of the day.

“Does not God love colored children as well as white children? And did not the same Savior die to save the one as well as the other? If so, white children must know that if they go to Heaven, they must go there without their prejudice against color, for in Heaven black and white are one in the love of Jesus. Now children, remember what Sojourner Truth has told you, and thus get rid of your prejudice, and learn to love colored children that you may be all the children of your Father who is in Heaven."

Today, she is best known for her "Ain't I a Woman?" speech delivered at the Ohio Women's Rights Convention in 1851. Truth would continue to speak ardently on women’s rights, universal suffrage and prison reform until her death in 1883, about the age of 86.
© History In Full Color
User Agreement
Cancel
Continue