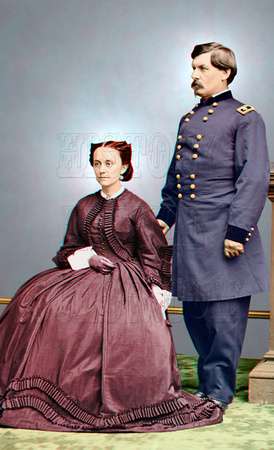 
McClellan was the only general to serve twice as Commander of the Army of the Potomac. While he is remembered for being ineffective in battle, he was a terrific organizer and helped to shape the army that would later win the war.


Having created the army, he failed to use it; repeatedly overestimating the opposition and neglecting to follow up on opportunities. Fed up, Lincoln removed him from command permanently in 1862. He remained on active duty with no orders or command until he ran for President in 1864 and was defeated.


Following the war he was elected Governor of New Jersey and died at age 58.
© History In Full Color
User Agreement
Cancel
Continue