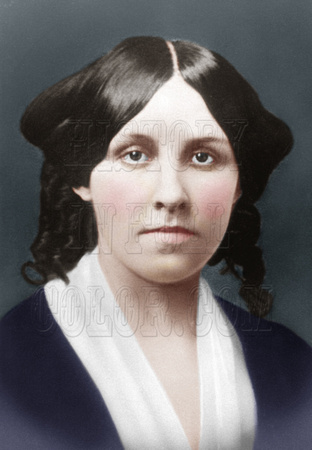 Remembered as the author of Little Women, Louisa May Alcott's first major literary success was her memoir Hospital Sketches. What began as letters home describing her experiences as a volunteer nurse caring for soldiers wounded during the Civil War, Alcott reworked into a serial for a weekly paper. The serial was quickly reprinted in newspapers across the North and soon turned into a book. Her work was among the first to bring attention to the condition of the military hospitals and filled a need for a public hungry for news about its "boys".


Empathy for the wounded may have also made Hospital Sketches so popular. Alcott's father, Bronson, was part of the philosophical movement of transcendentalism, which believed people and nature were both inherently good and pure, and that both are corrupted by society and its institutions.


One of the surgeons with whom Alcott had worked, wrote to thank her for revealing to him the nobility of the soldiers’ character. “It is humiliating to me,” he wrote, “to think that I have been so long among them with such mental or moral obtuseness that I never discovered it for myself.”


Catching typhoid pneumonia ended Alcott's nursing stint after only six weeks. It took more than two months for her to recover from the disease. For the rest of her life, she suffered from the side effects from the mercury used to treat the disease - which caused pain, weakness and hallucinations.
© History In Full Color
User Agreement
Cancel
Continue