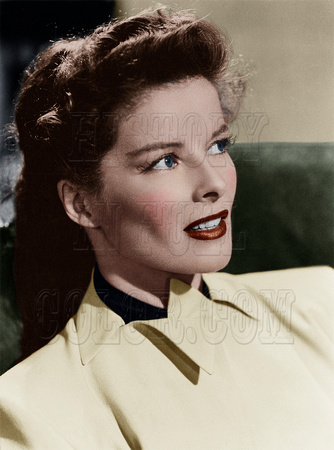 "I don't want to make a grand entrance in this picture. Moviegoers... think I'm too la-di-da or something. A lot of people want to see me fall flat on my face." Katherine Hepburn on "The Philadelphia Story"

By 1938, Katherine Hepburn may have won an Academy Award for her third movie, "Morning Glory" but she was considered "box office poison" by theatre owners. To salvage her career, she left the security of the studio system by buying out her contract with RKO and searched for a stage project.

Hepburn agreed to star in Philip Barry's new play, "The Philadelphia Story". The character of socialite Tracy Lord was written to showcase her talents. Hepburn's then beau Howard Hughes, believing the script could be her ticket back to Hollywood stardom, bought her the film rights. The strategy worked. On the condition that she be the star, Hepburn agreed to sell the film rights to Metro-Goldwyn-Mayer.

"The Philadelphia Story", also starring James Stewart and Gary Grant became one of the biggest hits of 1940. Hepburn received her third Academy Award nomination for Best Actress. Time magazine declared, "Come on back Kate, all is forgiven."

Hepburn went on to have a long career in films, plays and television . She would win four Best Actress Academy Awards, which is a record for any performer, out of 12 nominations. She was outspoken, athletic and wore trousers before it was fashionable for women to do so. Hepburn is considered the epitome of the 20th century "modern women" and is remembered as an important cultural figure.
© History In Full Color
User Agreement
Cancel
Continue