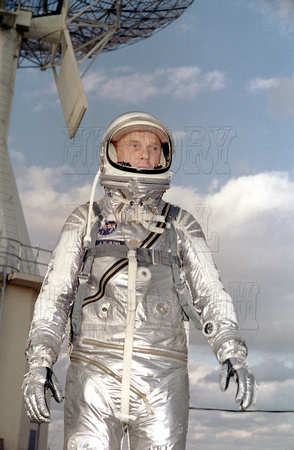 On February 20, 1962 Glenn lifted off into space aboard his Mercury Atlas (MA-6) rocket and became the first American to orbit the Earth.