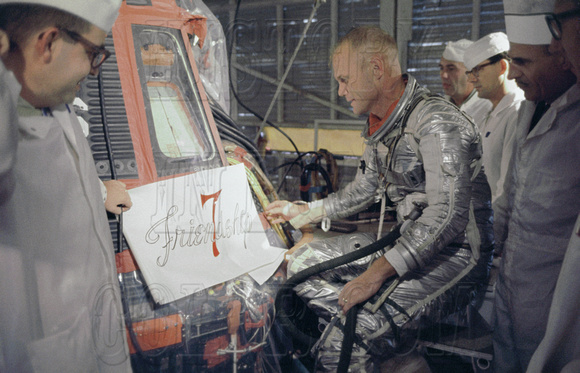 Astronaut John Glenn and technicians inspect artwork that will be painted on the outside of his Mercury spacecraft.

John Glenn nicknamed his capsule "Friendship 7". On February 20, 1962 astronaut John H. Glenn Jr. lifted off into space aboard his Mercury Atlas (MA-6) rocket and became the first American to orbit the Earth.