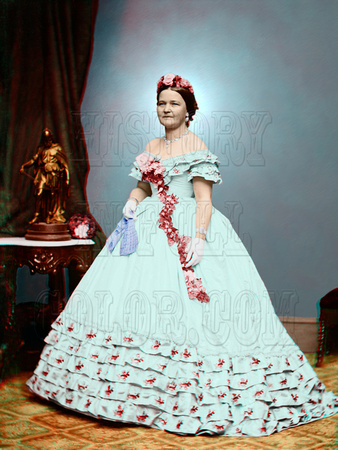 
The inauguration of the president has always been a dramatic and colorful affair, and this was certainly the case in March of 1865. The war was coming to a close and Mary Lincoln could see that the presidents time would move to peace. She had much to look forward to. Hoping to be able to enjoy the celebration with him, she ordered pearls and diamonds to compliment her outfit. It is reported that at the time of Lincolns' death, she owned nearly a full year of the president's salary just in jewels and gowns!