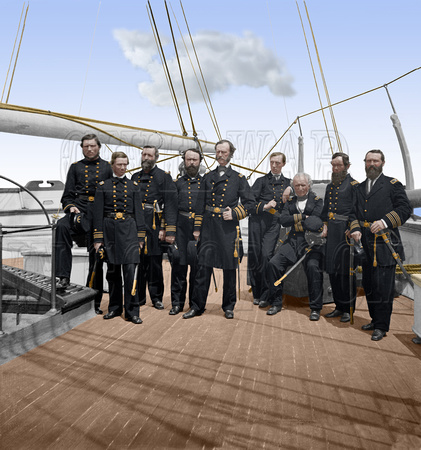 Admiral Dahlgren is pictured here with his staff aboard the USS PAWNEE.


In a war known as a struggle of “brother against brother,” Admiral Dahlgren is probably one of the most notable examples. His brother Charles was a strong proponent of slavery and was a Brigadier General for the Confederate army during the war.


These were not the only Dahlgrens serving during the war. The Admiral's son, Ulric attained the rank of Colonel and was killed in a plot to assassinate Jefferson Davis and the Confederate cabinet. It is suspected that this may have inspired Booth in his assassination plans with Lincoln.
© History In Full Color
User Agreement
Cancel
Continue