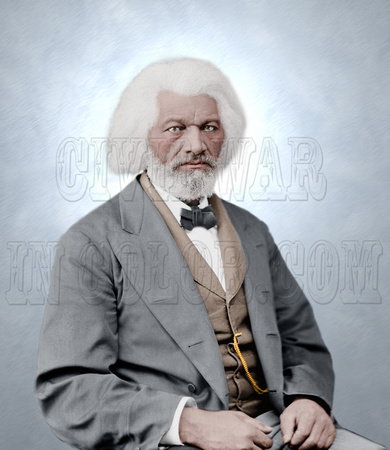 Frederick Douglass, born in 1818, was a slave for the first 20 years of his life. When he was about 12 he was taught to read by the wife of his owner. When it was discovered, the lessons were stopped, but he had learned enough that he was able to continue teaching himself. The slave owners, realizing that if slaves could read, that they could begin to understand the struggle against slavery and the abolitionists that opposed it. Douglass felt that being able to read would be important, later noting “knowledge is the pathway from slavery to freedom.”

Douglass began teaching others to read during church services. Soon, as many as 40 slaves at a time were taking lessons from him. For six months the lessons continued without incident until it was discovered and stopped. In 1833 he was sent to work on a farm for a man known to be hard on slaves as punishment. After several failed attempts to escape, he boarded a train in Maryland on September 3, 1838, disguised as a sailor. He was carrying papers that identified him as a free black seaman and was able to continue to New York.

Settling in New Bedford, Maryland, he lived quietly for a few years, becoming a member of several abolitionist groups. At one of these meeting when he was 23, he was asked to speak of his time as a slave. Unprepared and unsure of himself, he spoke of his personal experience and greatly moved several in attendance. Encouraged to begin lecturing, he reluctantly did so a few days later. Within two years he was touring the country providing oratory against slavery.

In 1845 he decided to write his autobiography which became a best seller not only in the U.S. but in Europe. To avoid the possibility of being recaptured as a slave, he spent two years touring England and Ireland. During this trip British supporters raised the necessary money and officially purchased his freedom from his owner. After his return to the United States, he continued writing on slavery and even expanded to women’s rights.

During the Civil War, Douglass argued that blacks should be allowed to take up arms in the fight for against slavery. He met with Lincoln to convince him. When the idea was accepted, he worked as a recruiter for the 54th Massachusetts regiment.