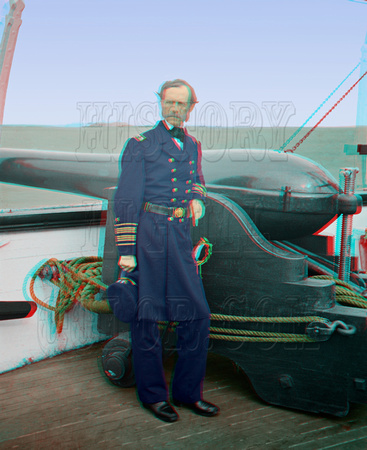 
Admiral Dahlgren is perhaps best remembered for the gun that bore his name. He is seen here alongside of one of the bottle shaped guns. These guns were so successful that, by the mid 1850s, they were standard armament for Naval vessels.


One year later in 1862, he was promoted to Captain and the following year to Rear Admiral. He died in 1870, almost exactly one month before Admiral Farragut.
© History In Full Color
User Agreement
Cancel
Continue