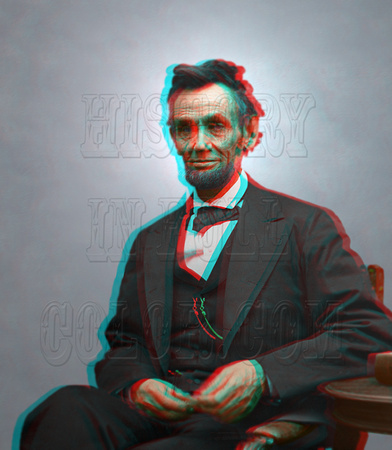 
Lincoln is often listed at the top of the lists of greatest American presidents. It is ironic however, that without the war he probably would not have been more than a footnote. At the beginning of the war, there is probably no one, North or South, including Lincoln, who would have said that the purpose of the war was to abolish slavery. As late as August 1862 Lincoln wrote:


One month later however, he issued the Emancipation Proclamation, which would take effect in January of 1863. If you read the proclamation closely, you will see that ONLY those states in rebellion were affected. In reality, this meant that no slaves were directly freed; however, from that day on, the North was fighting both to preserve the union as well as end slavery. In addition, the proclamation specifically excluded from emancipation those states that had not joined the South. This meant that for a time, a few of the border states could both keep slaves and stay in the Union.


If the South had not seceded it is unlikely that Lincoln, having been elected with just 39% of the popular vote, would have had the political force to end slavery. Only with the Southern states breaking away, was the North able finally take on the issue of slavery. Thus, in a self-fulfilling prophecy, without the votes from the South to block anti-slavery legislation, the North was able to do what the South had feared most. Slavery finally ended in all states with the ratification of the 13th amendment in December of 1865.


Lincoln remains at the top of the list of greatest presidents, not only for preserving the Union, which was forced on him by the war; but also for doing what all previous presidents had been unwilling to do - find a way to end slavery. If he had preserved the Union and allowed slavery to continue (as he stated in 1862,) or if he had allowed the Union to dissolve and abolished slavery in the North, he still would have been regarded highly. It is the fact that he took on both of these that sets him apart from all other presidents.
© History In Full Color
User Agreement
Cancel
Continue