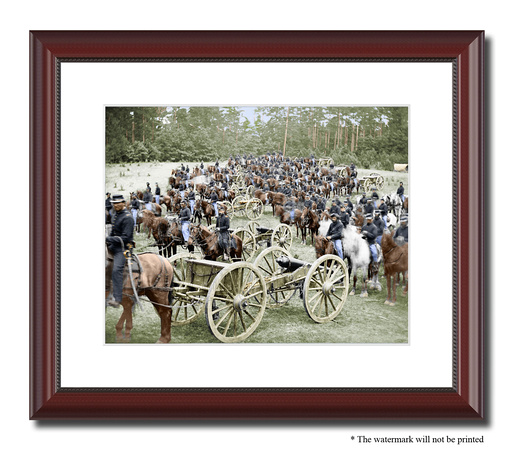 Horse Artillery or "Flying Artillery" was a common way to move light weapons during battle. While most artillery units deployed heavy weapons, they travelled slowly with many of the support troops marching from one location to another. To ensure speed, all of the men of a "Flying Artillery" were mounted and could arrive quickly where needed.


In June of 1862 Captain Horatio Gibson (near center of the picture in blue cap) commanded the C and G batteries of the Third Artillery.


A few months after this picture, he was promoted to Lieutenant Colonel and by the end of the war, a Brigadier General. He retired in 1891 after 44 years of active duty. Nearly 100 men and their horses appear in this picture of "Flying Artillery" making it one of the more compelling images produced during the war.
© History In Full Color
User Agreement
Cancel
Continue