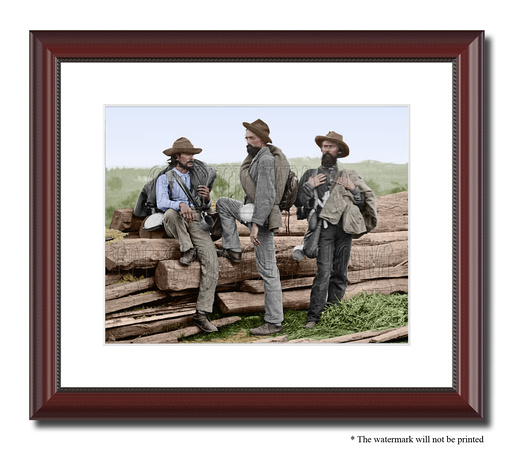 Perhaps one of the most memorable pictures of the Civil War, this image was taken about two weeks after the battle was over. This is also one of the few images of living Confederate soldiers taken during the war. The names of the men and their units, etc. have been lost, but it still brings back the struggles that these men faced during one of the most instrumental battles of the war.


Between July 1st and July 3rd, 1863, General Meade and General Lee struggled over these farm fields in Pennsylvania. While these men were captured, they were among the fortunate to have not been one of the tens of thousands that were killed or wounded in those three days.
© History In Full Color
User Agreement
Cancel
Continue