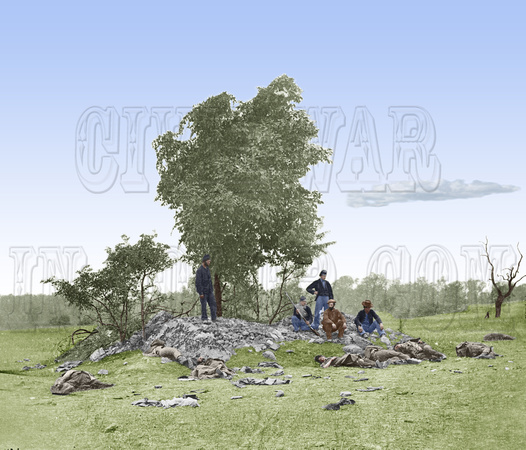 What became the scene of some of the heaviest fighting of the entire battle took place in a cornfield owned by David Miller. As the battle approached Miller fled with his family. The fighting was so intense in the cornfield that it destroyed most of his crop. He submitted a claim of $1,237 for damages to the government and had to wait 10 years before he was finally reimbursed $995.

Due to the number of dead soldiers in and around his farm, disease in the local area became rampant after the battle. The primary cause of death among soldiers during the war was due to disease. What is not commonly thought of is the impact those deaths had on the local civilian population which often was equally devastating. David’s brother, Daniel, was one of the local civilians killed as a result of the disease brought by the battle.
© History In Full Color
User Agreement
Cancel
Continue