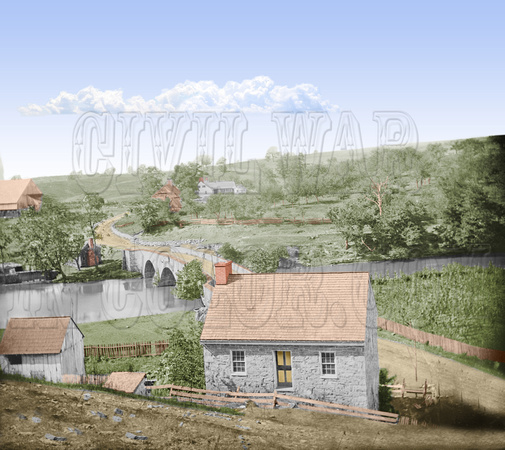 "Remember, General, I command the last reserve of the last Army of the Republic." General Fitz John Porter of V Corp.


In this image, Alexander Gardner captures the Newcomer Farm and Mill along with the Middle Bridge. As a result of the Battle of Antietam:


· Newcomer was unable to financially recover from the damage to his property, which he sold.

· McClellan lost his job commanding the Army of the Potomac.


· The Union lost the best opportunity to defeat General Lee until Appomattox.

· General Lee lost the offensive into the North.


· Over 22,000 Americans lost their lives, were wounded or missing after the bloodiest single-day battle in American history.
© History In Full Color
User Agreement
Cancel
Continue