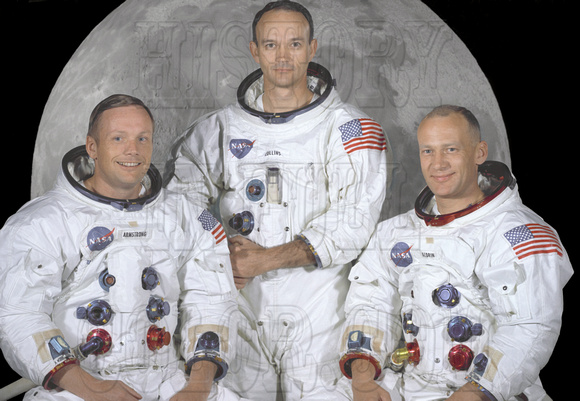 On July 20th 1969 at 4:18 PM, EDT the Lunar Module "Eagle" landed in a region of the Moon called the Mare Tranquillitatis, also known as the Sea of Tranquillity.

After securing his spacecraft, Armstrong radioed back to earth: "Houston, Tranquility Base here, the Eagle has landed".

At 10:56 p.m. that same evening and witnessed by a worldwide television audience, Neil Armstrong stepped off the "Eagle's landing pad onto the lunar surface and said:

"That's one small step for a man, one giant leap for mankind."

He became the first human to set foot upon the Moon.
© History In Full Color
User Agreement
Cancel
Continue