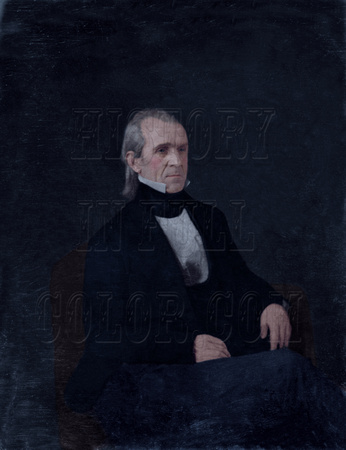 “I intend to be myself President of the U.S.” – James K. Polk

Historians have consistently ranked James K. Polk in the top ten of effective presidents. Polk’s lack of a dynamic personality attests his ranking is on performance alone.

Vowing not to seek a second term, Polk labored to achieve four goals; establish an independent treasure system, reduce tariffs, acquire some or all of Oregon Territory from the British, acquire California from Mexico, all in four years.

To create a continental nation, stretching from ocean to ocean, Polk fought the Mexican-American War. During his four years in office, Polk enlarged the United States by a million square miles and expanded the power of the Presidency, especially the role of commander in chief. The impact of the War has clouded his legacy, making Polk a lesser known president today.
© History In Full Color
User Agreement
Cancel
Continue