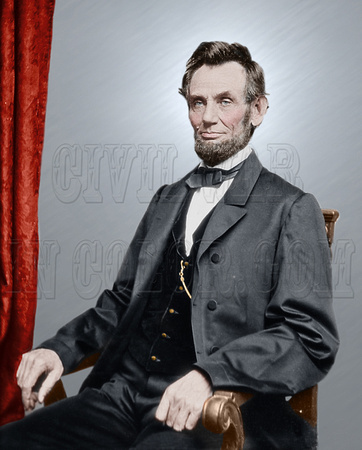 Perhaps better than any other President, Lincoln could tell a story for almost any occasion. He used this ingenious method not only to make his point, but to disarm his critics and encourage support. There are hundreds if not thousands of stories attributed to or about Lincoln dating back prior to his public life. Here are just a few.

The Road to Hell
A friend visited President Lincoln and found him to be in a foul mood. "I’m afraid I have made Senator Wade of Ohio, my enemy for life," Lincoln said. "Wade was here just now trying to convince me that I should dismiss Grant, and, in response to something he said, I remarked that that reminded me of a story."

"What did Wade say?" the friend asked.

"He wasn’t happy," Lincoln answered. ‘Everything with you is story, story, story!’ Senator Wade said. He said I was the father of every military blunder that we’ve made, and that I am on the road to hell and I am not a mile off this minute."

"What did you say to that?" the friend asked.

"I just said to him," the President chuckled, "Senator, that is just about the distance from here to the Capitol, is it not?"

LINCOLN ASKED TO BE SHOT
Lincoln was, naturally enough, much surprised one day, when a man of rather forbidding countenance drew a revolver and thrust the weapon almost into his face. In such circumstances "Abe" at once concluded that any attempt at debate or argument was a waste of time and words.

"What seems to be the matter?" inquired Lincoln with all the calmness and self-possession he could muster.

"Well," replied the stranger, who did not appear at all excited, "some years ago I swore an oath that if I ever came across an uglier man than myself I'd shoot him on the spot."

A feeling of relief evidently took possession of Lincoln at this rejoinder, as the expression upon his countenance lost all suggestion of anxiety.

"Shoot me," he said to the stranger; "for if I am an uglier man than you I don't want to live."

"ABE'S" HAIR NEEDS COMBING
After his nomination for president a photograph began circulating for sale. One day Lincoln spotted the image for sale in Springfield: