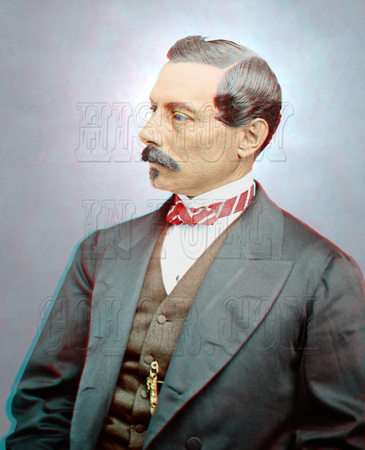 
Pierre Gustave Toutant Beauregard was a charismatic and dashing Confederate General. Born in Louisiana he cut a dashing figure and even in battle maintained a polished appearance that distinguished him.

Named Commander of the Confederate Forces in the West, Beauregard fought in many major battles including Fort Sumter, First Bull Run and Shiloh. This image of him in civilian clothes was probably taken shortly after the war.
© History In Full Color
User Agreement
Cancel
Continue