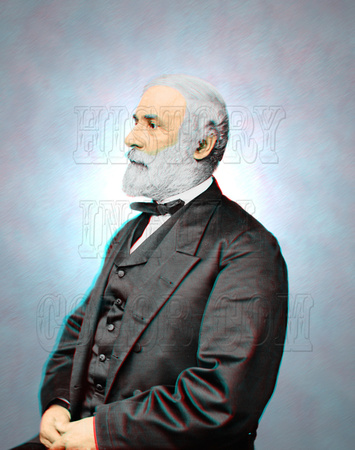 
Prior to the Civil War, Lee had a notable career in the Army as an engineer. He married Mary Custis (great granddaughter of Martha Custis, wife of George Washington).


Upon his father in-laws death in 1857 he and his wife inherited the Arlington estate. During the war the federal government was in need of a place to bury the enormous number of oldiers that had been killed. Taking possession of Arlington provided an easy solution and was felt a personal rebuke of Lee. Following Lees death, Lees son Custis sued and was awarded the estate in 1882. One year later he sold it back to the U.S. for $150,000.
© History In Full Color
User Agreement
Cancel
Continue