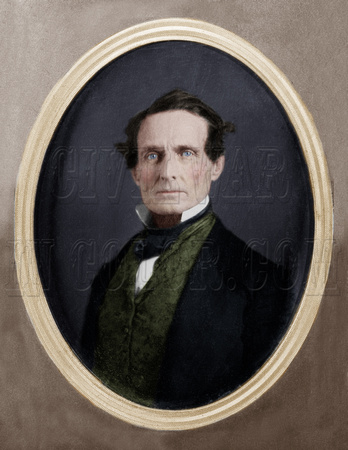 As President of the Confederacy, Jefferson Davis was a War Hawk. On the home front, he attempted to broker peace between two warring gangs in Richmond - the Hill Cats and the Butcher Cats.


With their fathers off at war, the boys of Richmond joined unruly street gangs that fought a class war between the young gentlemen of the Shockoe Hill neighborhood, where the White House of the Confederacy stood, and the ragged children of immigrants and freed blacks from Butchertown, the old slaughterhouse district in the lowland valley between Shockoe Hill and Church Hill. The Hill Cats and Butcher Cats, as the gangs were known, fought a protracted territorial battle that went on for years. Stone throwing was the most common means of warfare, but knives and even pistols came into play on occasion. An infant was nearly killed when hit in the head by a wayward rock early in the war.


Jeff Davis Jr. and his brother Joe were Hill Cats. At one point, their father tried to mediate the dispute, as recounted after the war by Mrs. Davis. "He descended the hill and, relying on his popularity with children, he made a little speech to the Butcher Cats, in which he addressed them as the future rulers of their country. They listened attentively, nudging their approval to each other, but when he concluded, the tallest boy said, 'President, we like you, we didn't want to hurt any of your boys, but we ain't never going to be friends with them Hill cats'. So the President, like many another self-appointed peacemaker, came back without having accomplished anything except an exhausting walk."
Restoration and colorization copyright 2014 by HistoryInFullColor.com
User Agreement
Cancel
Continue