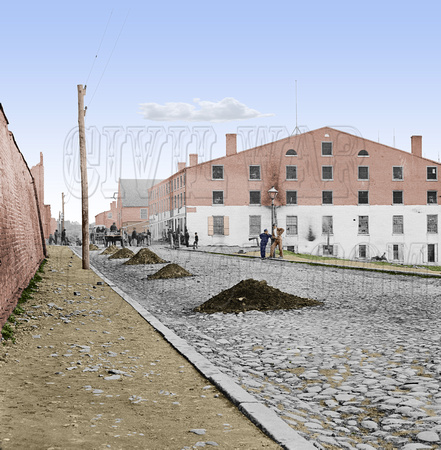 After Andersonville (in Georgia), Libby prison was one of the most notorious Southern prisons. Originally a warehouse owned by Luther Libby and his son, it was converted into a hospital and prison in 1861. The original sign above the warehouse bearing Libby’s name was left, ultimately providing the name for the prison.

With eight rooms, each 103 x 42 feet, Libby eventually held 1,000 Union officers. With little sanitation and having the windows open to the elements, mortality rates were high at Libby. With food shortages in the South, matters became even worse. Being that the prison was in the middle of the Confederate capital, it was considered inescapable and the guards considered the job easy.

On February 9th, an escape attempt was made by 109 prisoners. Crawling through a 60 foot tunnel, they managed to evade guards. Due to the Confederates taking a long time to realize the escape, 59 managed to make it to Union lines. Two of the escapees drowned in the James River and the rest were recaptured. Following the war, the building was move to Chicago in 1889. In 1895, it was again dismantled and pieces sold as souvenirs.
© History In Full Color
User Agreement
Cancel
Continue