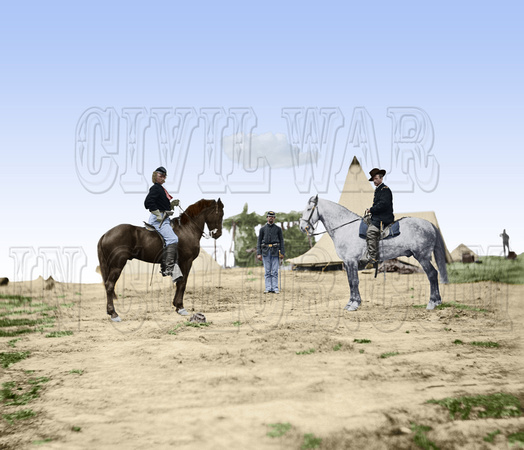 04041 - Capt. George A. Custer and Gen. Alfred Pleasonton on horseback

During an August 17, 1880 interview for "The New York Times", Pleasonton was asked, "How was Custer?"

"He was a splendid leader, and when he was upon my staff he did some wonderfully brilliant things. The trouble with Custer was that he would not see that his whole force was available. He would rush in and lead a regiment in a charge and let a whole brigade look at him."

"What was he on your staff?"

"He was Captain A.D.C., but I had him promoted to Brigadier-General. He would have licked the Indians on the Little Big Horn if he had kept his command together."
© History In Full Color
User Agreement
Cancel
Continue