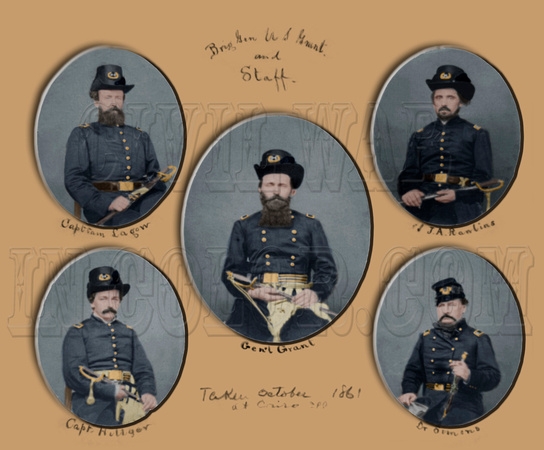 For his staff, Gen. Ulysses S. Grant selected men, “that is of a class that can do something." – Grant in a letter to his wife


On August 5, 1861, Ulysses S. Grant was appointed Brigadier General of volunteers. Grant set up his first headquarters in Cairo, Ill.


As a general, Grant had the privilege of selecting his own staff. It was common at the time for staff to include friends and family. Grant picked men that he could delegate responsibilities and trust to make onsite decisions.


Grant appointed his lawyer friends John Rawlins and William Hillyer and a merchant in civilian life, Cpt. Clark Lagow of the 21st Ill. Grant met Lagow when he had commanded the 21st Ill. as a Colonel. His Medical Director, Dr. James Simmons, was a full surgeon of the regular army who had been commissioned in 1839.
© History In Full Color
User Agreement
Cancel
Continue