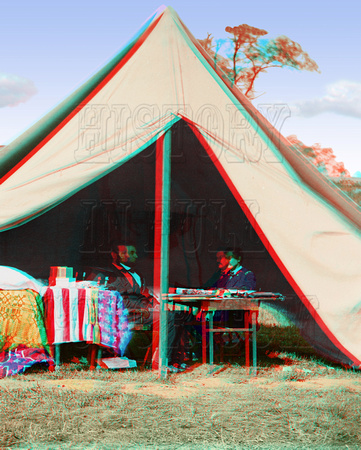 
At Antietam, Lincoln gained the victory he needed to announce the Emancipation proclamation, but he also lost confidence in General McClellan. Leading up to this, Lincoln had already replaced McClellan once. This time he had to end the General's command permanently.

Here we see the meeting the two had on October 3rd, 1862. The frustration is clear on both men's faces. Finally relieved of command, McClellan would remain on active duty for two more years resigning only on election day in 1864, when he lost the election to Lincoln.
© History In Full Color
User Agreement
Cancel
Continue