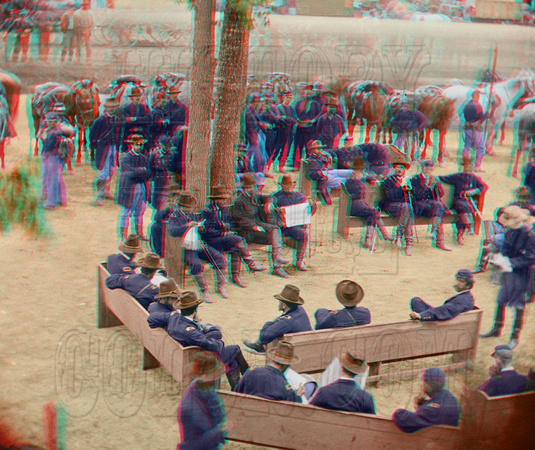 
The Massaponax Baptist Church first opened its doors in 1788. It had been moved and rebuilt a few times before the structure we know today was built in 1859, for a cost of $3,000. Due to its location, the Church was used by both sides during the war. It served as a headquarters, stable and even a hospital. Many of the soldiers that spent time in the church left messages on the walls and soon graffiti covered much of the interior.


By the time that Grant arrived in 1864, the church was in dismal shape. Following the war, the congregation returned. The wear and tear of four years of war was covered over and nearly forgotten. In 1938, the church was nearly 80 years old and showing its age. As part of a restoration project, the original Civil War era walls were uncovered and restored. What had been forgotten mementos of soldiers stationed there in the past, was now once again a part of the history of the church.


Placed on the National Historic Register in 1991, the messages left by soldiers can still be seen in what remains an active church continuing to serve the community.
© History In Full Color
User Agreement
Cancel
Continue