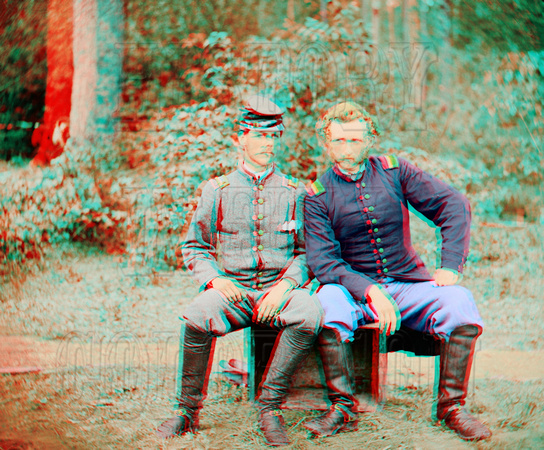 
George Custer was scheduled to graduate from West Point in 1862. With the onset of war, he was part of a distinct group which graduated a year early, shortly after the regular 1861 graduating class. Graduating Thirty-fourth out of Thirty-four in his class would have marked him for obscure assignments had not the needs of the war been so pressing.


One year later, in 1862, this picture was taken with Lt. James B. Washington (relative of George Washington). Lt. Washington had been a classmate of Custer's, but left to join the Confederacy. There were many instances of individuals that had been friends, classmates and had fought together before fighting each other.
© History In Full Color
User Agreement
Cancel
Continue