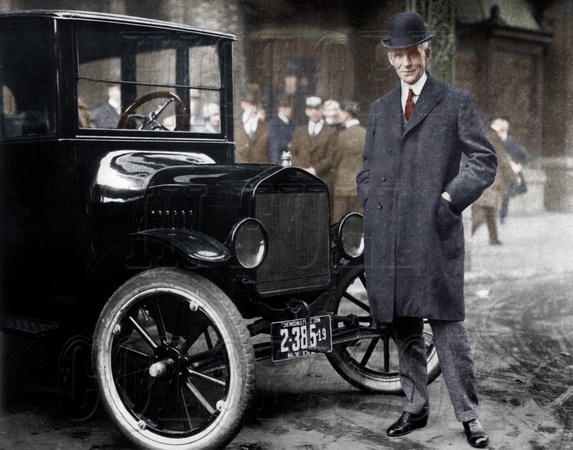 “If I had asked people what they wanted they would have said faster horses.” – Henry Ford

In April of 1893, after two years of working on the horseless carriage that “ate its head off”, Henry Ford had completed his first car.

Despite it being 2:00 a.m., dark and pouring rain, Ford wanted to test drive his invention. His wife, Clara, with her umbrella, followed her husband out to the street.

Ford “clanked away” in his invention out of sight. As she waited, Clara could not help but wonder if the machine would kill him, if he would catch pneumonia riding in the roofless vehicle and if she did the right thing to encourage her husband to go after his dream. As she worried, the approaching noise announced his return.

“Flushed with pride and excitement, the inventor pushed the strange little machine into the barn, locked the doors and went into the house. He drank a glass of hot milk, spread his dripping clothes before the fire and went calmly to bed to enjoy the best rest he had known since their return to the city [Detroit].”

In this image Henry Ford can be seen by a 1921 Model T Touring Car.
© History In Full Color
User Agreement
Cancel
Continue