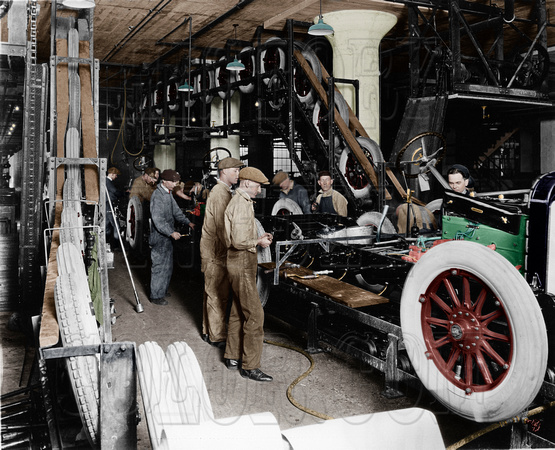 Henry Ford was the first automaker to use the assembly line to manufacture automobiles. However, General Motors also embraced new ideas on the plant floor.

Along with acquisitions and shrewd business moves, GM became the world's largest enterprise for most of the 20th century.
© History In Full Color
User Agreement
Cancel
Continue