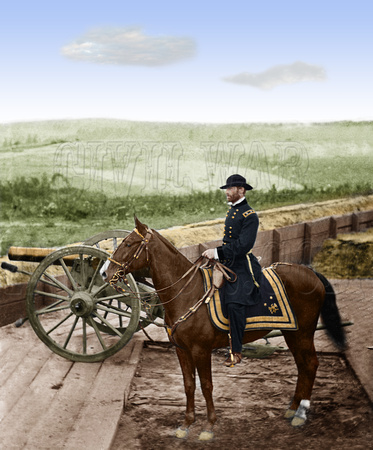 "The Negros were simply frantic with joy. Whenever they heard my name, they clustered about my horse, shouted and prayed in their peculiar style which had a natural eloquence that would have moved a stone." US Gen Sherman

Following the capture of Atlanta, Sherman turned his attention to Savannah. During his famed, "March to the Sea", Sherman encouraged his troops to scavenge for provisions. Afterwards, Sherman may have been the scourge of the white citizens of the south but he was a savior to their slaves.

"I have seen the great Messiah and the Army of the Lord!", shouted one white-haired man as Sherman approached.

The slaves joyfully greeted their liberators. By the thousands, they would line the roads and crossroads on the route to Savannah. At night, the slaves would enter the Federal camps bringing provisions, information and adoration. Despite being told otherwise, the slaves knew, if the Union was victorious, they would be free.