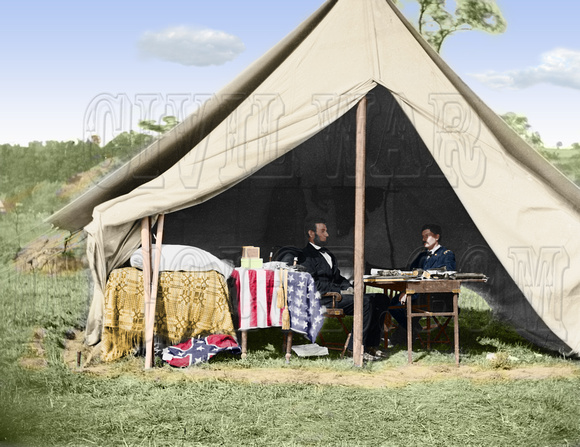 In a letter to Mary, Lincoln reveals both his famous sense of humor as well as his growing frustration with McClellan. “Gen McClellan and myself are to be photographed,” he wrote, if “we can sit still long enough. I feel Gen. M. should have no problem on his end, but I may sway in the breeze a bit.”