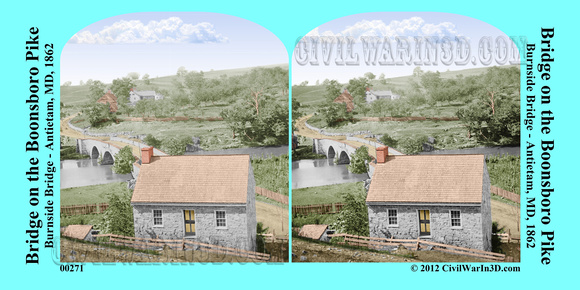 "Remember, General, I command the last reserve of the last Army of the Republic." General Fitz John Porter of V Corp.


In this image, Alexander Gardner captures the Newcomer Farm and Mill along with the Middle Bridge. As a result of the Battle of Antietam, Newcomer was unable to financially recover from the damage to his property, which he sold. McClellan lost his job. The Union lost the best opportunity to defeat General Lee until Appomattox. Lee lost the offensive into the North. Over 22,000 Americans lost their lives, were wounded or missing after the bloodiest single-day battle in American history.
© History In Full Color
User Agreement
Cancel
Continue