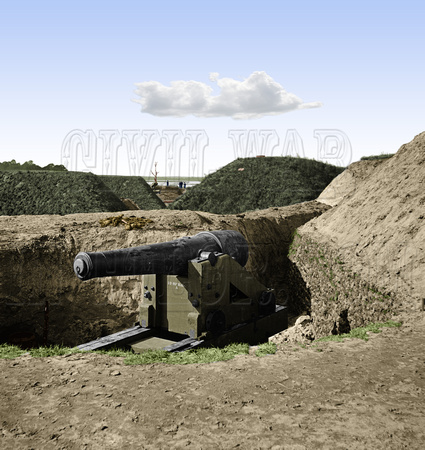 Fort McAllister was built to defend Savannah and blockade runners from Union Naval attacks. During its three years of operation it effectively performed that role and was able to repulse determined attacks by Union gunboats. Sherman’s "March to the Sea" ended the status quo in December of 1864.

Fort McAllister was key to Sherman’s taking of Savannah. On December 13th he ordered the fort be stormed by 4,000 men. Defending the fort was approximately 230 troops. They had placed land mines (knows as land “torpedoes” at the time) to defend from attacks by land. Since the area was surrounded by swamps that would slow or impede an advancing army, it was felt that from a defensive position, the fort was well protected.

Sherman watched the second Battle of Fort McAllister from the top of an abandoned rice mill. At the same time, Union ships seeking news of Sherman, approached from the sea. The attack came just before sunset. After fifteen minutes, the Battle was over. One week later the city of Savannah had surrendered and Sherman turned his attention North - to South Carolina.